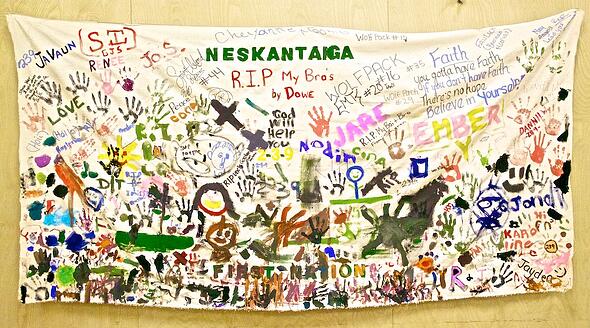 Neskantaga is a remote First Nation community in northern Ontario, a member of the Matawa First Nations. The community has been on a boil water advisory for 19 years - the youth in the community don't know what it is like to drink clean water from a tap. It's also a community that has been devastated by a string of youth suicides, largely due to struggles with basic needs that most of us in Canada take for granted. The issues have lead a group of people with ties to the community to launch a Call to Action. See the accompanying media release.

Canadians are good at working together to make change happen. We can make change happen. We know. We were part of efforts that drove a multi-year project to bring safe drinking water to Constance Lake First Nation, another Matawa First Nation that was on a multi-year boil water advisory. The June 16-18, 2014 GroundSwell Conference on Groundwater Innovation at the University of Guelph was born through efforts to improve community well-being with Constance Lake and help other communities advance through similar challenges. That conference will see several leading Canadian municipalities, water organizations, consulting firms, First Nations and global water advocates like Alexandra Cousteau working together on innovative approaches to tough water challenges, and learning more about First Nations approaches to water management and traditional ecological knowledge with respect to water.

Please share this with others who you think can help. At the Call to Action on Tuesday, April 29th, 1:30 to 4:00 pm at the Park Hyatt Hotel, we'll be there with many other Canadian leaders, asking people and organizations to step forward with whatever commitments they can make to work together to improve community well-being with Neskantaga First Nation. We'll also be there to show the people of Neskantaga that Canadians care and will roll-up their sleeves.

"I have to do something because my people live in poverty, my people are killing themselves,

my people don’t have clean drinking water...I want to make a change for the betterment of the community

and the people and the generations to come." – Chief Peter Moonias

Background on the Call to Action

This northern community has been, and continues to be, plagued by deplorable conditions which can only be described as fourth world. Neskantaga struggles with inadequate housing, the existence of mould in most family homes, an unemployment rate that exceeds 80 per cent, no access to safe drinking water, the lack of fresh, affordable and nutritious food, lack of adequate health and mental health services, youth having to leave their community in order to attend high school at age 14, high rates of prescription drug abuse, and the ongoing effects of intergenerational trauma. These distressing conditions play a role in the appallingly high number of youth suicides. If any of these life threatening conditions were identified in Guelph, Kitchener, Kingston, Sudbury, Vaughan or any other community in Ontario, there would be an immediate public outcry resulting in meaningful actions.

In this small community of 400 members, there have been seven youth suicides (7) and twenty seven suicide attempts (27) over a twelve month period which forced Chief Peter Moonias to declare a state of emergency in the spring of 2013. Since that time, the community has been calling on all levels of government, health providers, the justice community, social service agencies and families to collectively support Neskantaga during their time of crisis. While a number of initiatives were started to assist the community in dealing with their grief, suicides of young people continue. Regrettably, since the summer of 2013, three (3) more youth have taken their lives with the most recent suicide of a 16 year-old girl, which occurred on April 2, 2014.

Until the basic needs and fundamental issues facing this community are adequately addressed, including addressing the First Nation boil water advisory, Neskantaga First Nation will be in a continual state of emergency. Please join us at the Call to Action. Watch this space for updates. 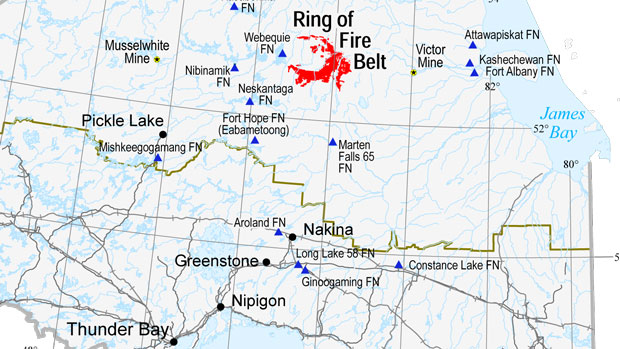