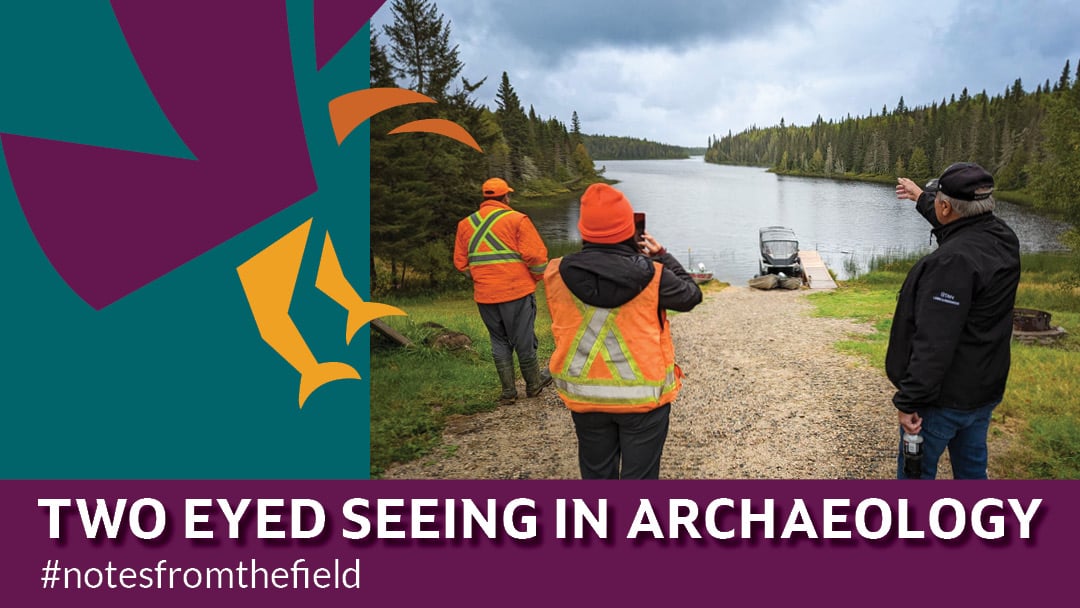 When SVS archaeologists Jason Stephenson and Cristina McCoy went into the field with historian and Knowledge Holder Stan Sutherland and Pat Edwards of Taykwa Tagamou Nation to document heritage routes, the team blended western scientific thought with Traditional Knowledge in a prime example of two-eyed seeing in action – with some astonishing results.

Read Jason’s account of their journey to protect Taykwa Tagamou’s heritage from the pressures of development in this installment of #notesfromthefield. 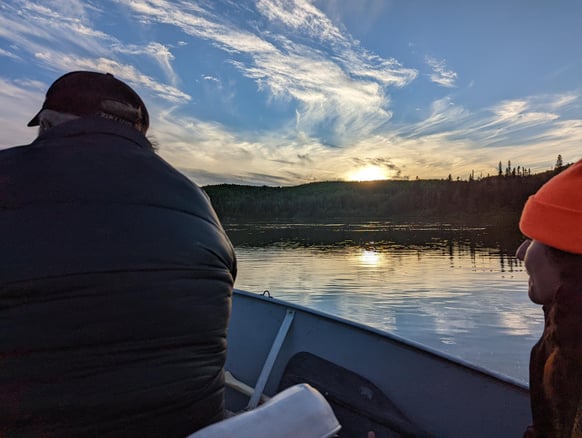 The fieldwork took us all around the Abitibi River near Abitibi Canyon, and to Taykwa Tagamaw Lake. As we drove around, Stan talked about his family’s history, which traces directly back to his ancestors who signed Treaty 9 in 1905 on the Abitibi at New Post. We stopped frequently to look at where Stan knew that portages and trails had been.

On one such stop, Stan pointed out an area where he and his father would travel - a route that had been used for generations. The route sat on top of a ridge approximately ten metres wide and ten meters higher than the ground around it. Our eyes lit up when Stan said this, because he was pointing towards a sandy esker bisecting an outwash plain. 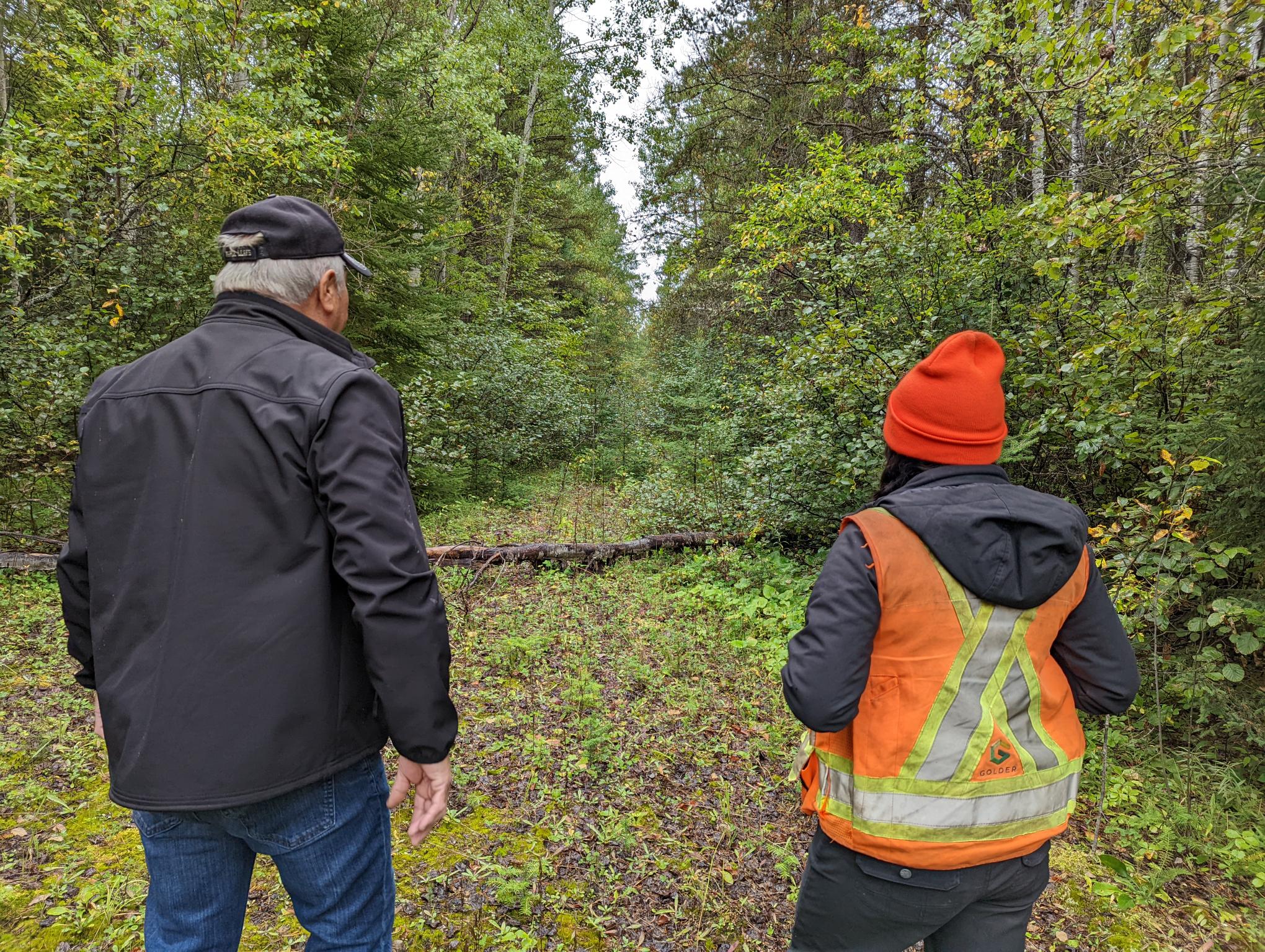 What does that mean, you might ask? For an archaeologist like me, who specializes in the connection between land formations and human activities, it means a lot! Countless archaeological sites have been found across eskers from the Yukon to Labrador. An esker is a glacial feature created when sediments are deposited by meltwater streams. As a glacier recedes, it leaves behind these raised ridges that crest above the braided rivers and lakes that flow from the melting ice. Indigenous peoples have used eskers as “highways” since the last ice age. There is also evidence that they were used for hunting, and as prime campsite locations.

It was so impactful for everyone to be standing on top of the esker and to make the connection that the same trail Stan and his father had used may have been used by their ancestors nearly 9000 years ago.

The thing about eskers is that they are often used by construction crews for the very same reasons Stan’s ancestors would have done – but industrial development risks destroying this cultural heritage, along with the archaeological potential these sites hold. What’s particularly significant about recording the route on the esker is that now Taykwa Tagamou can work to protect it from the pressures of hydro development, forestry, and mining in the area. 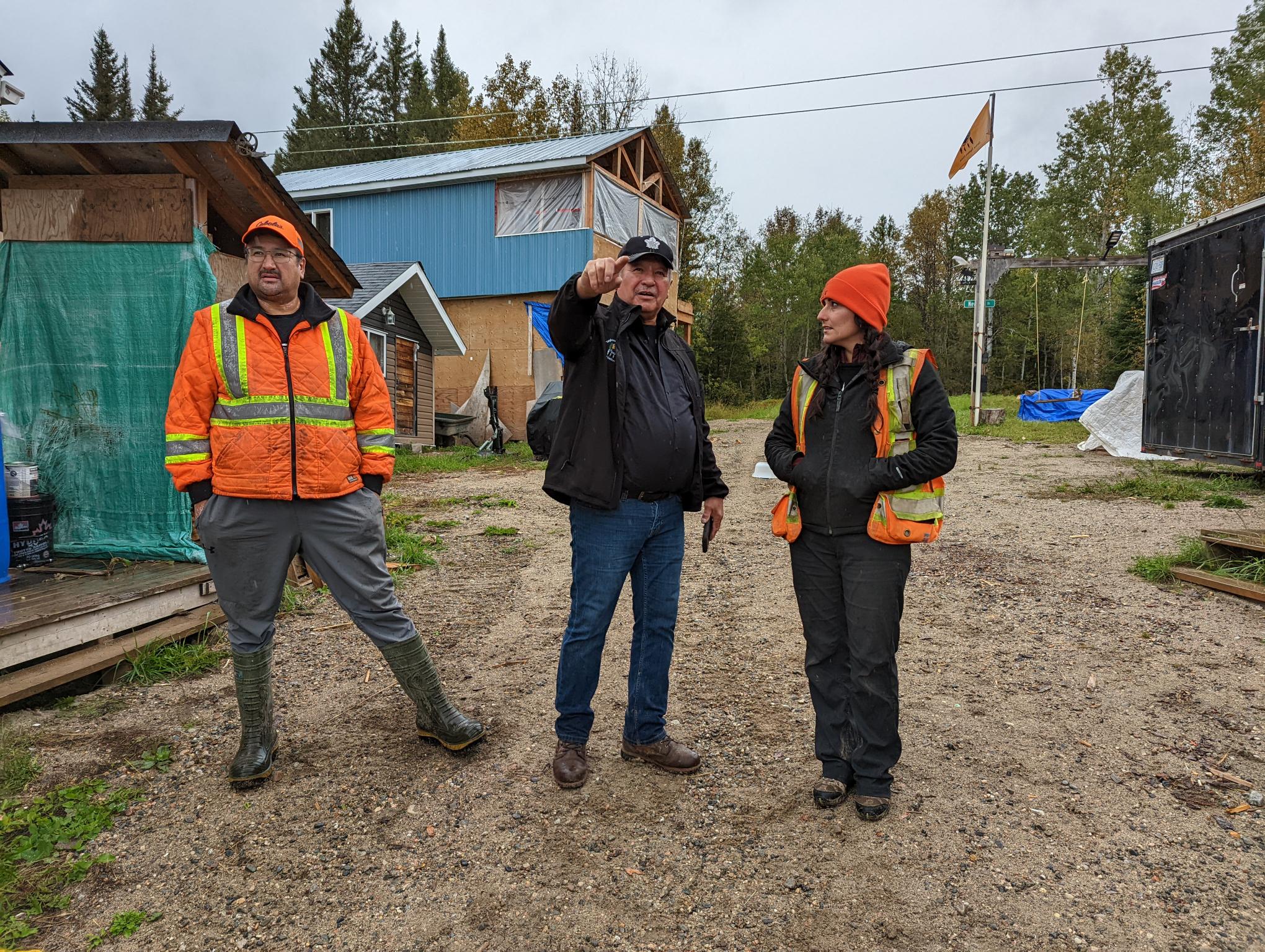 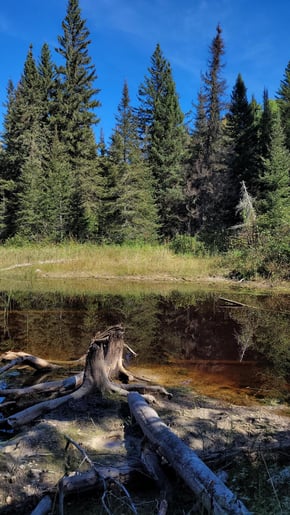 We travelled along the Abitibi River by boat on the second day. By being on the river we gained another perspective of how people would have chosen travel routes in such a vast landscape. Pat dropped us off just upstream from a set of rapids and we continued our journey by foot. It was a day full of bush-crashing, listening to Stan’s stories, and being on the lookout for all things archaeological (a tendency archaeologists can’t turn off even if we try).

On our journey, we came across what archaeologists call a “culturally modified tree,” often shortened to CMT. It was a birch tree whose bark had been partially stripped approximately 40 years ago based on the state of the bark’s regeneration. Because there were no others in the vicinity, and the size of the bark that had been removed, we wondered if someone had stopped to fashion a moose call when they were out hunting.

There is debate as to whether CMTs are considered archaeological in Ontario. They are frequently recorded in British Columbia and Northwest Territories, but given Ontario’s frequent fire cycles, are there any trees that exist here that are old enough to be considered “archaeological”? There is a long, complex answer to this that would certainly cause debates, but we think so.

Heritage is not static, and communities’ values and history should be a major factor for the timeframes in which archaeologists work. 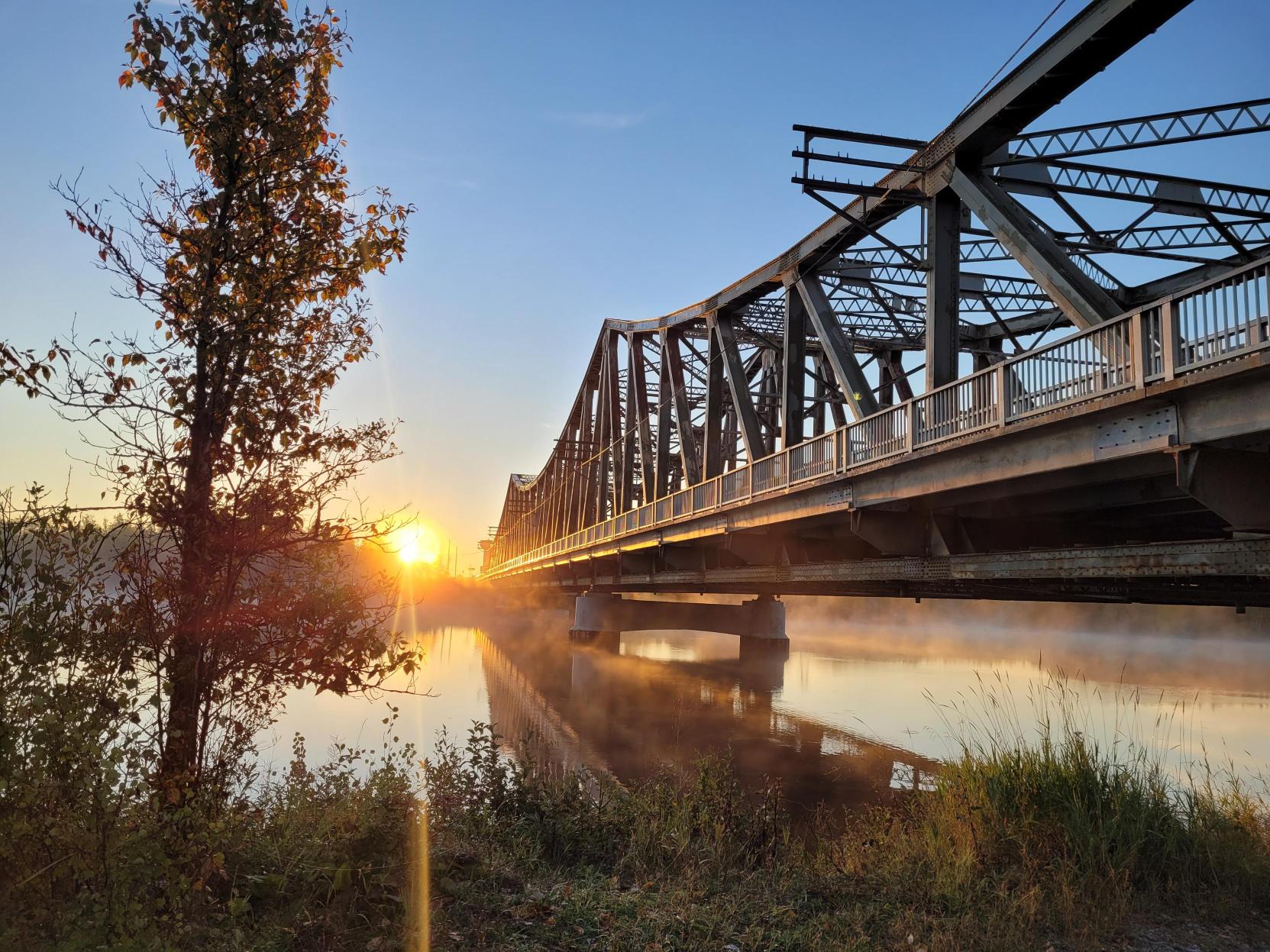 This short field trip made it clear that there is so much more work to do to document Taykwa Tagamou’s cultural heritage. Both Christina and I are so grateful to have been part of this experience, and we are excited to continue this work with Stan, Pat, and their team to protect their Nation’s precious cultural heritage.

To read more about the value of Indigenous Knowledge, download our eBook below:

YOUR HISTORY, UNDER YOUR CARE AND CONTROL

Reclaiming the use, protection, research, and management of your Indigenous Nation’s cultural heritage can strengthen the connections to land, spirit, and power. Taking control over these precious resources supports your assertion of Treaty and Aboriginal Rights and can be central in your journey towards self-determination. Our team at SVS stands with you in taking a community-led, holistic approach to archaeology and heritage projects.

Please get in touch with our team to discuss Archaeology and Cultural Heritage needs in your Community or Nation!

Get more articles directly to your inbox in our biweekly news and funding digest: