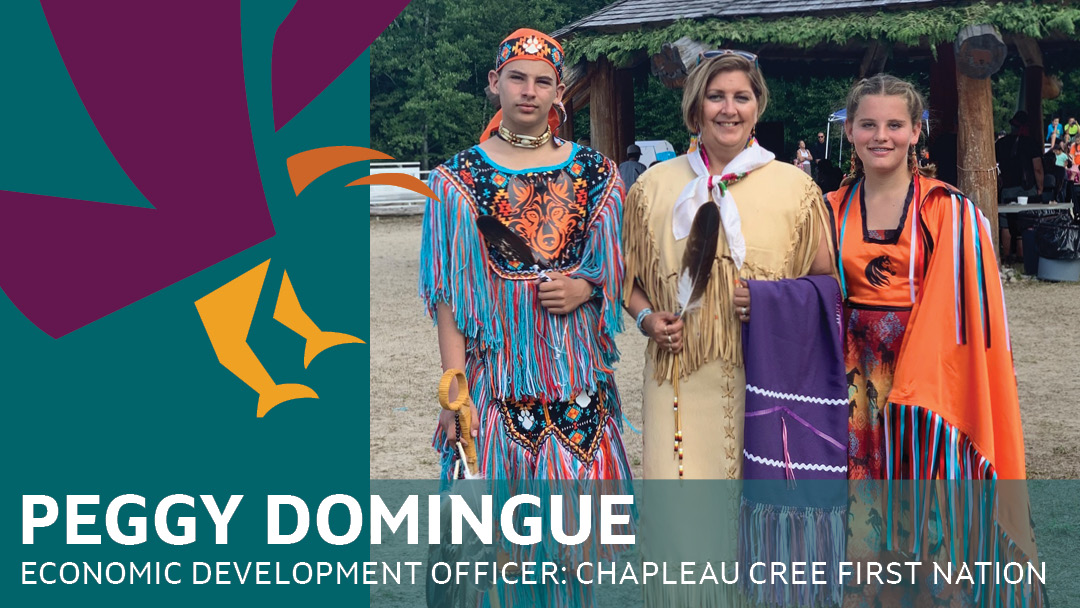 “Even if you screw up your life or you make choices that aren't the best choices in life, you can fix it. You can work hard to get where you want to go, and that's been my goal all the way through.”

Peggy Domingue, Economic Development Officer for Chapleau Cree First Nation, is our #womencrushwednesday for the month of October. Read her inspiring story!

Peggy is passionate about sharing her belief that it is possible to turn your life around and achieve your goals in life – no matter your past choices or circumstances. She freely shares her own journey with her First Nation's young people as just one of her myriad contributions to the community she has loved and served for over 30 years. 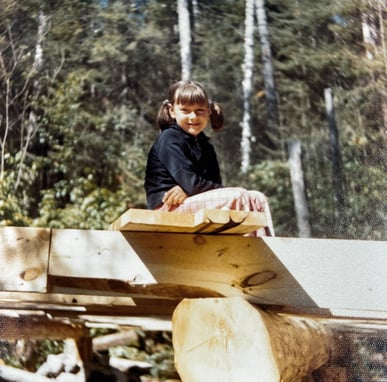 It was moving from the very small community of Missinabie to the bigger community of Chapleau as a pre-teen that set the course for Peggy Domingue’s future. The youngest of four, Peggy spent much of her childhood alone, out on the land with her dog and her parents. Once she was in a new, bigger environment with no friends or social experience, she “got in with the wrong crowd” and ended up quitting school at 16 based on a pact she’d made with friends years earlier.

“For better or worse, I’m a woman of my word,” observes Peggy. “They all stayed in school, but I honoured my word and quit.” Although she regrets making that choice, she sees that it set the course for the rich and varied career she ended up creating for herself.

After leaving high school, Peggy gave birth to her first child at the age of 17 and her second child two years later. Becoming a young mom, Peggy says, was a blessing in disguise, as she had health issues later in life which prevented her from having more children. 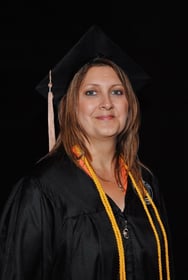 Peggy’s husband supported their young family of four until a few years later when Peggy decided she wanted to work outside of the home. When she told her husband she was going to apply for a job at the local mill, he encouraged her to go back to school instead. Peggy took his advice (which he claims is a rare occurrence!) and over the next several years, she finished her high school diploma and pursued higher education, including her bachelor’s degree in entrepreneurial and small business operations, all with her young family in tow. To this day, her husband remains her biggest fan and supporter of her goals and dreams. 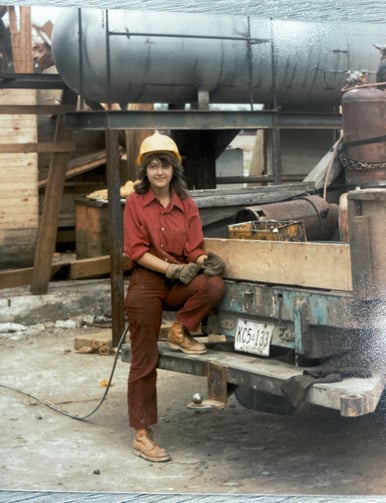 Working for her First Nation was also not in Peggy’s life plan, but 31 years after landing her first position, she has never left. Her many roles have included education counsellor, healthcare coordinator and now economic development officer. She describes Chapleau Cree First Nation as healthy and progressive. The majority of the homes are privately owned, and unemployment rates are low in this tight-knit community where people care about each other. She has had a hand in maintaining and building that closeness, from encouraging young students to pursue higher education, mentoring young people, and providing care and friendship to elders. 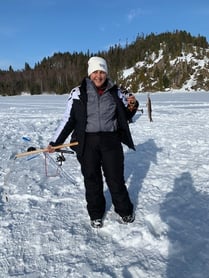 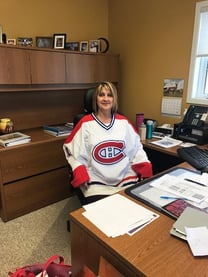 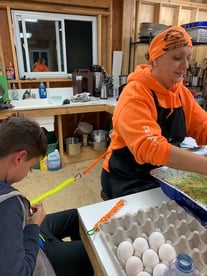 It took a lot of hard work for Peggy to get to where she is in her career. She describes endless nights falling asleep at her computer, having to move out of town with her young family to pursue additional training, and having to make many compromises. But in Peggy’s eyes, there are so many examples that show her it’s all been worth it.

“Helping that single parent who doesn't drive, by putting together out-of-town programming so that the children can get to have experiences that they would never have had otherwise. And to have that parent, and those kids, come up to me years later and say, you know, that was amazing. For them, that was what touched them and made a difference. That's what gets me out of bed.”

says Peggy, reflecting on her time in education.

Peggy continues to dream of more ways to help the Nation improve. One of the most exciting projects she is working on is the development of an eco-tourism resort. The resort will be a place where the community can teach others about the land, their values, and their culture by running workshops and medicine walks. Peggy hopes to extend their marketing reach outside of Ontario and even Canada, inviting guests from all over the world to hear their message of stewardship and connection to the land. 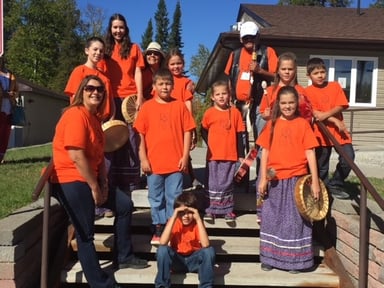 The community has seen a change since COVID, with more people wanting to be closer to family and nature. The influx of people has created a need for housing, which is another one of the many items on Peggy’s already packed agenda. Housing is a key part of the greater plan to develop the economy of the community.

“If you don’t have housing, you don’t have a population.” Peggy observes, “There’s no need for me to continue developing the economy if there’s no one there to be part of that economy.”

On top of all her current responsibilities with her Nation, Peggy somehow finds the time to run three side businesses: Colour Street (a beauty company), Sunset Gourmet (a specialty food direct sales business) and Silver Icing, which is a Canadian-based clothing company. Her family often jokes about her seemingly inexhaustible energy and how she finds the time to do it all.

In the past few years, Peggy has experienced deep loss with the deaths of both her mother and father. She describes an extremely close relationship, living right next door to each other, sharing meals and phone calls most days. Peggy’s father passed in 2019, and shortly after, her mother started showing signs of dementia. Her mother chose Peggy to oversee her care, making sure her wishes were followed through when it came time. In the final hours, Peggy knew that it was time for her mother to pass and although it wasn’t what Peggy wanted, she fought for her mother’s right to die. In keeping with so many aspects of her life, Peggy had to put the wishes and needs of her mother, ahead of her own – something that she chooses with willingness and intention.

“I guess you can apply that to my whole career. This wasn't what was best for me. I could have probably made more money, had more prestige, more ‘something’ somewhere else, but that's not what I chose. I chose to stay and make a difference here.”

Peggy has made a huge impact on the people and the economy of Chapleau Cree First Nation. Her success has come through hard work, determination, and the support of family. Through it all, she has chosen to keep a positive attitude and use her experiences to help influence others. We can’t wait to hear how her story continues to unfold! 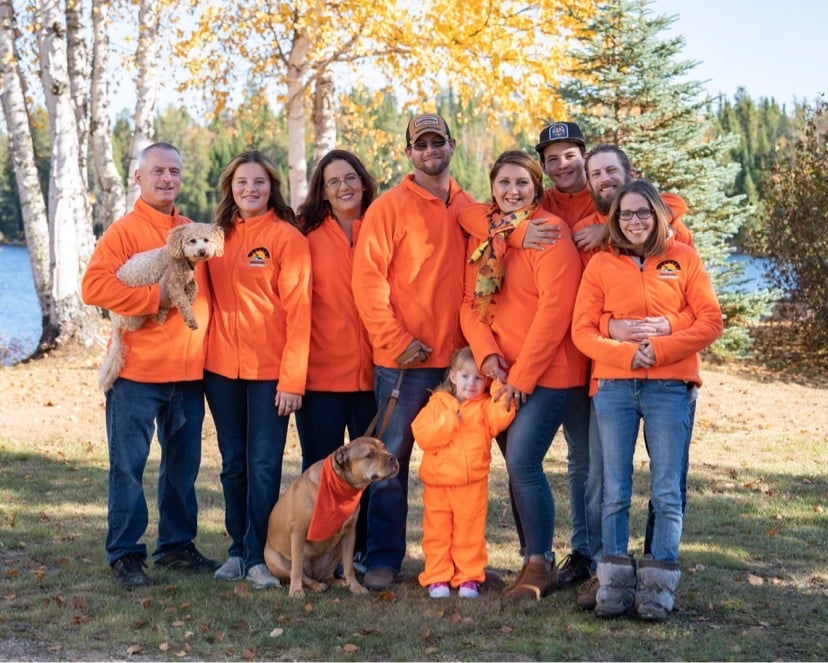